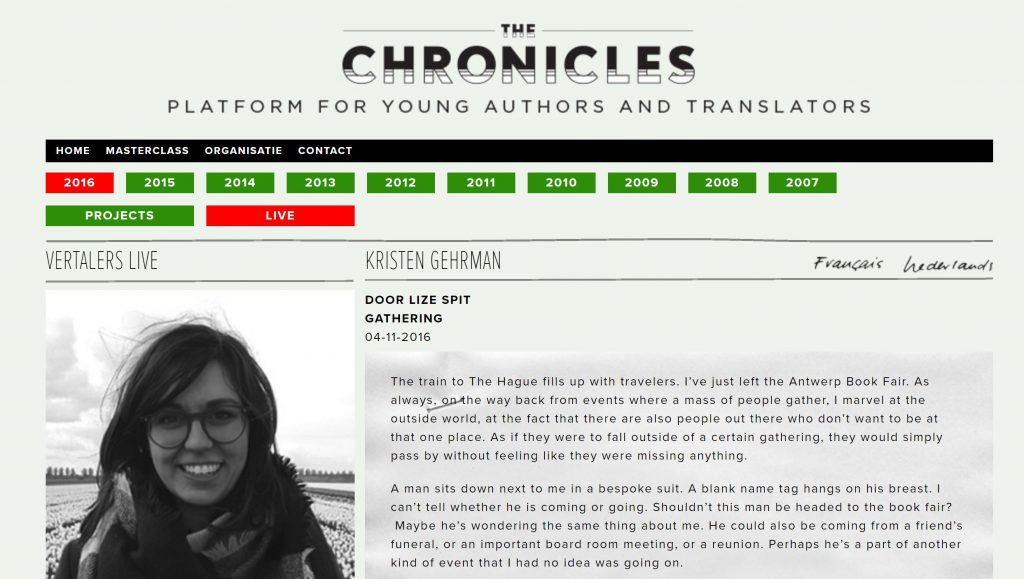 « Language is my way of getting a grip on things, of maintaining control in certain situations. Your body is bombarded with zillions of sensory impressions, and by giving them a name, you make them one-dimensional again, manageable, » wrote best-selling Belgian author Lize Spit in her second blog post for The Chronicles. Actually, this is my translation of what she wrote. What she wrote was this:

Sitting on stage between her and French translator Maud Gonne, I understood what she meant. All our ticks, fears, and nerves need words to latch onto. However fascinating foreign languages may be, however much we people with so-called « talenknobbels » like them, we still need the single dimension of our own language to really wrestle with ourselves. 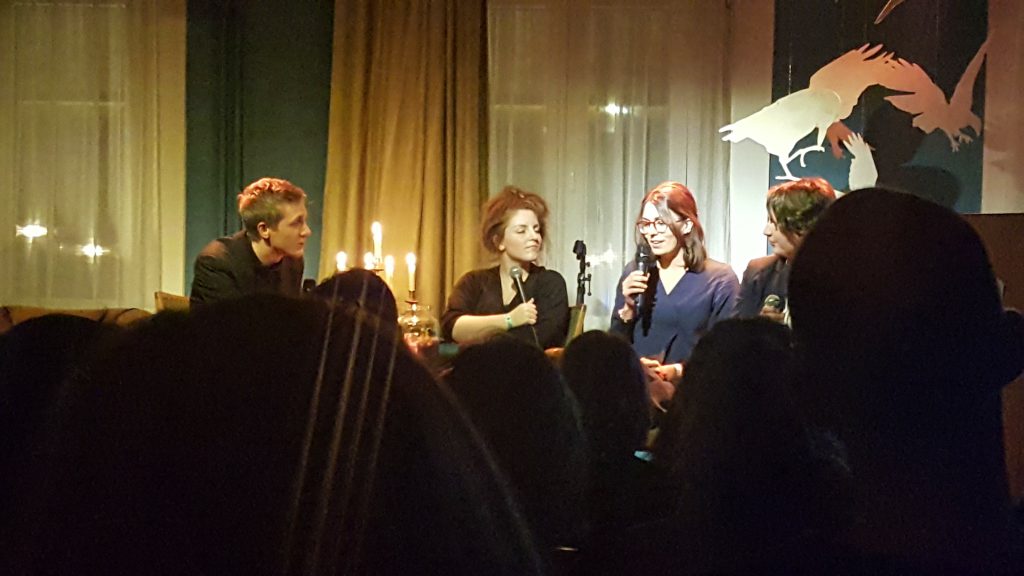 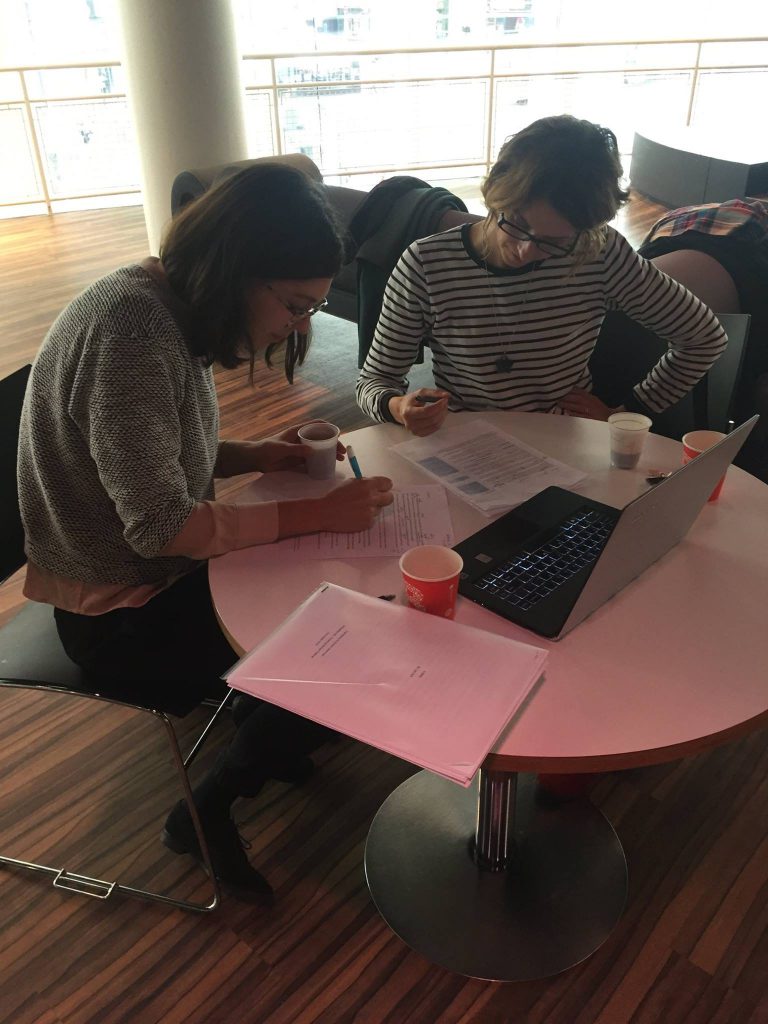 Other than translating, the best part about the festival for me was spending time with the authors and other translators. Meeting young writers who have been so successful, talking about their process, all of the risks they take, discovering that they too have a « little dictator » marching around in their head (see Blog 4) – it made the whole literary world feel within reach. We translators also got to involve them in what we do, discussing the challenges we face in not just translating, but actually re-writing their texts. 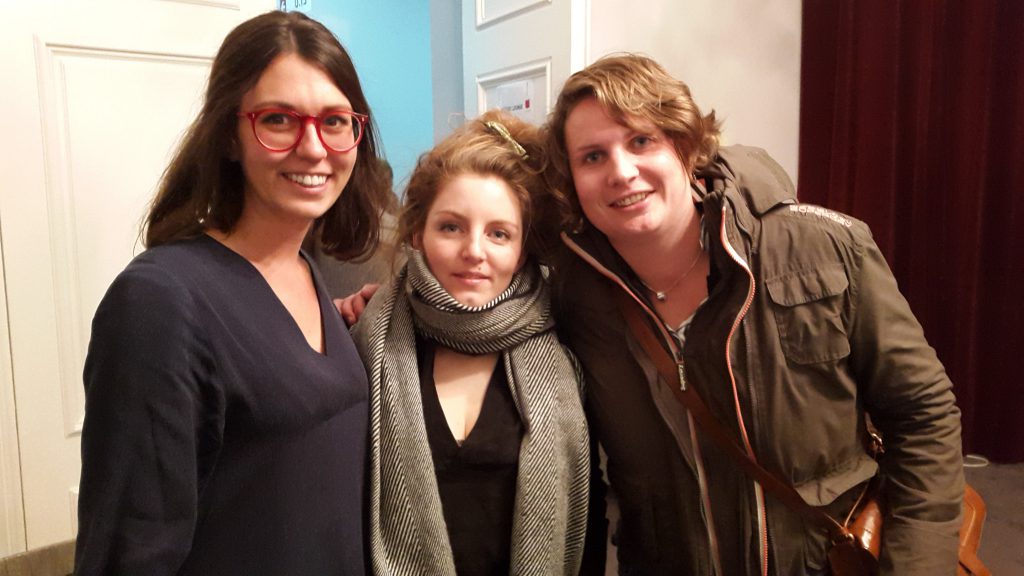 When you’re starting out in literary translation, you worry constantly about fidelity to the original text, about preserving the author’s words at all costs. But then you meet the author who says, « No, just make me sound good in English, » and you’re liberated. You’re free to find creative solutions. You can look at a sentence and ask yourself, « Okay, if this author were writing in American English, how would she have said this? » You can look at yourself and say, « You’re a writer too you know. » And then, all of a sudden, you start becoming a much better translator. 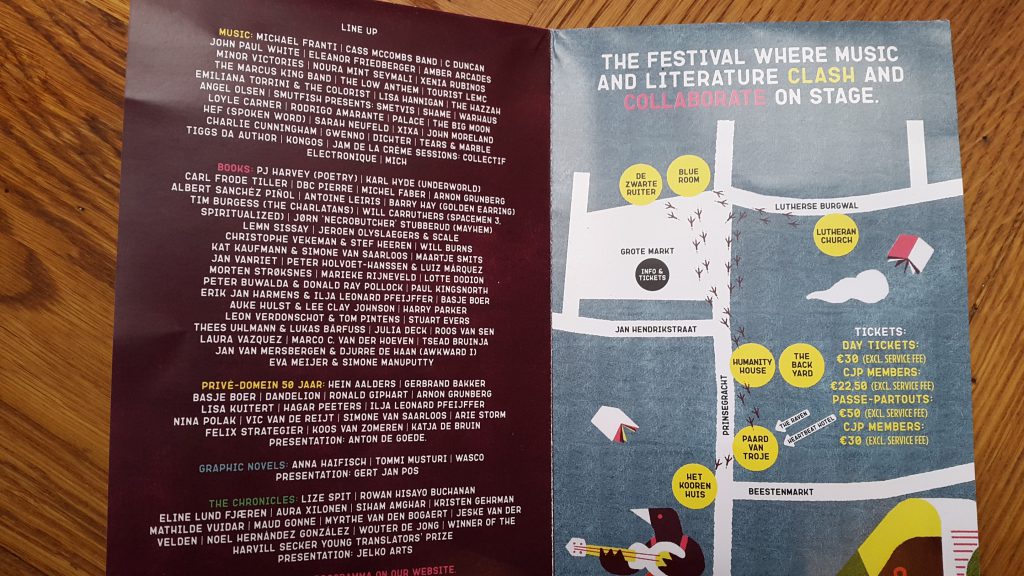