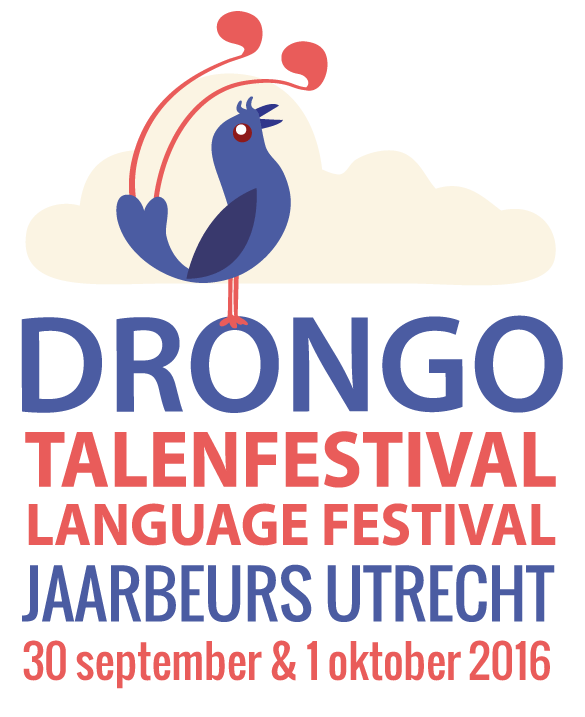 The other major highlight of the festival were the seminars. The ones that I attended were mostly focused on language education and multilingualism. Eowyn Crisfield, an educational consultant who has a fantastic blog On Raising Bilingual Children talked about the prevalence of “high status bilingualism” in schools, in other words the fact that bilingualism is generally praised as a good thing when it concerns “valuable” languages such as English, French and Mandarin, but brushed aside or even discouraged when “low status” languages are involved, particularly immigrant and minority languages. In the Netherlands (and elsewhere for that matter), you have “additive” bilingual programs that seek to add “valuable” languages to a child’s repertoire (English/French immersion for example) and “subtractive” programs that often suppress the mother tongue and push non-Dutch speaking children to speak Dutch. In many cases, the former is for the rich and the latter for the poor. What people tend to forget is that in terms of cognitive development, all language combinations are equally beneficial to the child and the mother tongue is absolutely critical to the construction of their identity. For this reason, the language spoken at home, whatever it is, needs to be celebrated and fostered.

Another project that piqued my interest was Meertalig.nl, a website devoted to educating parents of multilingual children. What makes a child bilingual? Does watching Pippa Pig in Spanish or learning a few Chinese songs in school count? What about children who understand one of their parents’ languages but don’t speak it? What’s the best way to plan language use in multilingual households? Meertalig seeks to dispel myths about multilingual children and presents a wide variety of example cases. They also offer a great overview of the language development phases in monolingual and bilingual children. Since the website is only in Dutch, I’ll summarize here:

Up until the age of 6 months, all babies make the same babbles… “mamamama” “dadadada” etc. But afterwards, you can start to make out differences based on their language. At around 12 months, the child says their first word. Starting at 13 months, he/she starts learning synonyms. This means that multilingual children can start learning words that mean the same thing in different languages. At around 19-20 months, children begin making language choices. Both monolingual and bilingual children start to make sentences like “juice all gone”, and bilingual children can start distinguishing between languages. They begin to realize, for example, that mom says “juice” and dad says “sapje.” They may also start code-switching, or mixing languages together in a single sentence. This is normal and a sign of cognitive development. By the age of 5, children generally know the entire grammar of their language(s) and are able to separate them from one another. Fascinating, right?

The day ended with a keynote speech by cognitive scientist and Searle scholar Lera Boroditsky: How languages and cultures shape the way we think. I had neglected to make a reservation and ended up waiting outside the door to get one of the last remaining seats (sorry to the door monitor who I nearly knocked over as I pushed my way in!). So does the language we speak influence the way we think? To answer this question Boroditsky brought up many more: Do we all talk/think about time the same way? Apparently not, there are indigenous people in New Guinea who orient time spatially rather than linearly. There’s another tribe in the Amazon whose language lacks a system for numbers. Are children sensitive to grammatical gender? They are actually. In an experiment where children from different languages were asked to give a voice to an inanimate object, like a toaster for example, those from “gendered” languages were more likely to give the object or male or female voice. Does linguistic framing matter for blame and punishment?  It does indeed! The words used to describe a news event, take the famous Janet Jackson “wardrobe malfunction” at the 2004 Super Bowl for example (“wardrobe malfunction” wasn’t even a term before this happened and now it is widely known), have an effect on who the listener thinks is guilty. So in short yes, language does shape the way we think… in more ways than one! If you’re interested in Boroditsky’s work, check out this interview she did with the John Adams Institute.