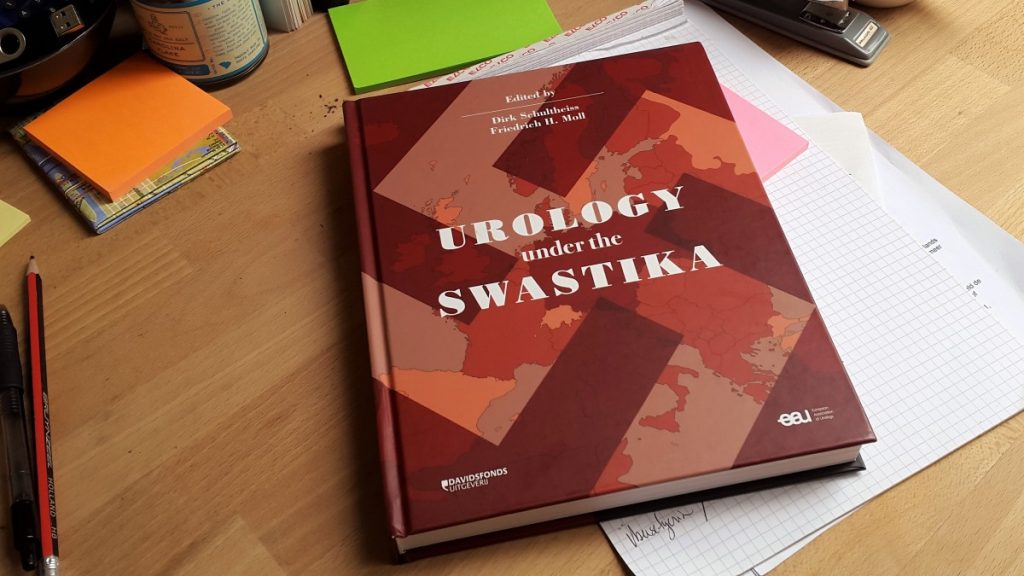 Intriguing title, isn’t it? Let me start by saying that translators may be the world’s most well-informed people on random smatterings of topics – take the development of sexual medicine under the Nazis, for example. Did you know that hormonal treatments for certain andrological conditions were available in Nazi Germany, or that German urologists were investigating the role of both sexes in cases of infertility as early as the 1890s (which is remarkable given that infertility was generally seen as a “woman’s problem” at the time), or that long before Viagra, erectile dysfunction was treated with something called ‘Testifortan’ in the 1930s? Neither did I until I translated “The Suppression of Sexual Science: effects on the professional development of andrology and sexual medicine” by Dirk Schultheiss from German for the European Association of Urology. My translation has been published in Urology under the Swastika, a collection of research in a beautiful hardcover volume by the Davidsfonds Uitgeverij.